A festival that gives LIFE to the students of Barcelona 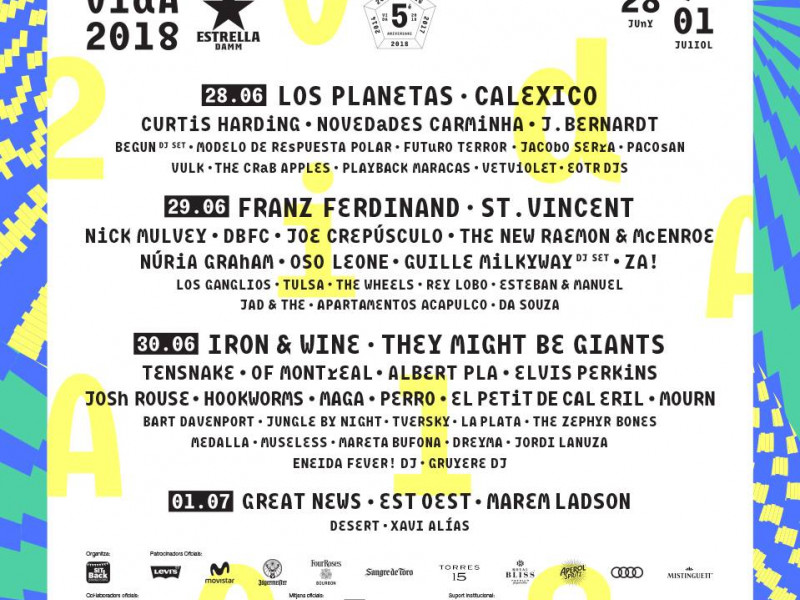 It has been something strange, unusual and that really does not happen just any month of June, whatever year it may be, but this year has passed, but it's over!

Summer is here, it's here, it's here, and now you're sweating non-stop, and everything is coming, like “VIDA”, a festival that celebrates the end of the rain and the final exams and that opens the summer for everything high, with an infinite poster of concerts in a magical place with the beach and the mountain in the background and that you cannot miss.

The “VIDA” Festival is light, it is nature, it is sea and it is art, this is how Festival organizers describe their repeating this year, with a bet of three days in which they have clearly decided to give everything since Thursday. It's going to be a powerful day starting at 6.30pm at the “Cabanya Jäggermusic” with Vetviolet, a super project by Brian Silva (The Zephyr Bones) that will not leave indifferent fans of the psychedelia of sixties. Afterwards, “Jacobo Serra” will appear on stage with his peculiar pop music, followed by J. Bernardt (member of Balthazar, who are already known at the festival) and the “Pacosan”, who will prepare the curtain rise to the headline: “Calexico”, the historic band from Tucson, Arizona, who arrives at this place full of magic and music in “Vilanova” with its original folk-rock in the American style to make you feel like a western, but in the Mediterranean sea.

Here it does not end, go to look for refreshments to continue with Curtis Harding; pure soul And our favorite ones arrive, “Los Planetas”. This band is hitting hard this year at festivals across the country, and in “VIDA”, they could not miss. The Grenadians will play songs of yesterday and today to please the fans who come there to see them; If you still do not know them because you have come to study in Barcelona this year, it is worth knowing them and seeing them play live.

“ Novedades Carminha” will make you stick erotic-festive dances and laughs and fun are assured during your concert.

And when you cannot do it anymore, you cannot leave because djs like: “Begun and End of The Road Djs” arrive.

Advise your friends in Barcelona that there is LIFE after the final exams and tell them this plan on Thursday, Friday, Saturday and Sunday there is much more.