The best beaches in Barcelona 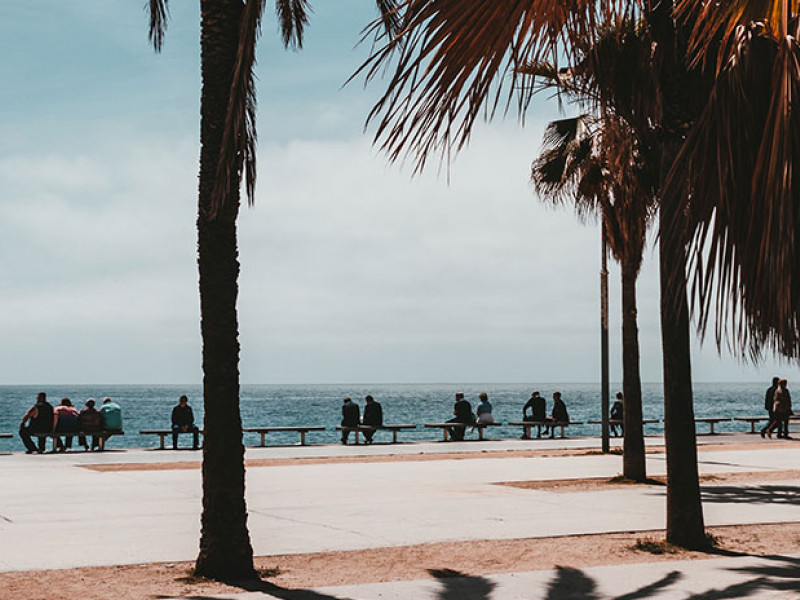 Many international students who come to study in Barcelona arrive in the summer to get to know the city and enjoy its beaches.

If you have just arrived and are looking for accommodation, we will tell you that our student flats in Barcelona are located in the centre of the city; they have the perfect location to get to your university or study centre in the shortest possible time and to make tourism and enjoy the sunny summer days on the beaches of Barcelona.

Barcelona's beaches occupy 4 kilometres of the city's coastline. They are not paradisiacal beaches of white sand, but in the days of spring and summer, when finishing a day of study you will be able to take a dip, to sunbathe or simply to relax looking at the sea, without leaving the city.

All are very similar and their common feature is that they are fully equipped, and have all the cleaning and security services, although our recommendation is that you never leave your things without surveillance, as the rate of theft is high on the beaches, as well as in the most touristic areas of the city.

Here you have the ones we like the most!

Sant Sebastià Beach: This is the oldest beach in the city, from the private area of Hotel W to the beginning of the Barceloneta district.  Being the oldest is where the largest population of locals come, but there are also a large number of foreigners.  Right in the middle of the beach is the Club Natació Atlètic Barceloneta with beach equipment, boats, swimming pools, tennis courts, etc. that you can use by becoming a member. On this beach, you can find some people practicing nudism.

Sant Miquel: Being the beach at the end of Paseo Juan de Borbón, where the exit of the Barceloneta metro (L4) is located, it is full of foreign tourists. There are 400 metres of beach and its name is due to the Church of Sant Miquel del Mar which is in the heart of the Barceloneta district.

Barceloneta: It is the best known and therefore the busiest, as it is also the best served and the one with the most services. It has access for people with reduced mobility, with a leisure area with a table tennis and gymnastics area, 3 beach volleyball courts and in it you find the Center of the Beach which is a space for dynamization where you find beach guides, library and a large number of activities almost all year round, but especially between the months of June and September. An urban guard police station is also located on this beach.

Nova Icària: It is the beach of those who practice beach volleyball, you will find many people enjoying the games, it is also a very quiet beach with many families, the marina is on the right if you look at the sea and the breakwater on the left has cement hammocks, although they seem uncomfortable, we encourage you to try and change your mind.

Bogatell, Mar Bella and Nova Mar Bella: the 3 beaches were recovered on the occasion of the 1992 Olympic Games and are located on the coast of the Poble Nou neighbourhood. They are quiet beaches, crowded by young people as they have playgrounds for children, space for skateboarding, volleyball courts, a nautical base and space to practice nudism.

Llevant: one of the newest beaches on the coast, recently recovered, it is the most used by those who want to go their own vehicle for the large parking areas that are right next to it. It is small and very quiet.

Forum: It's the city's sandless beach, a seawater swimming pool with toilets, showers and beach bars; if you're one of those who can't stand sand, this is your beach.

Which one are you going to first?
We use our own cookies and third parties ones to offer our services and collect statistical data. If you continue browsing the internet you accept them. Accept
COVID19 prevention measures in student flats +info